Designed by Zen Architects this eco-friendly home is at one with nature.

This unique property was both challenging and rewarding to build.

Positioning of the house was a major consideration for the client as they were determined to have as little impact on the environment as possible. The site was chosen for several reasons, this area was opened up by a large tree that had fallen which meant there was minimum clearing to do. The building has a very small footprint and sits in its environment rather than on or over it, the north pavilion is set to take advantage of the solar aspect, the breezway that divides the pavilions is aligned to take the view along the gully.

The radial sawn silvertop ash was used extensively throughout the house as this is considered to be more sustainable. We used recycled material where we could, the structural columns were recycled posts from the demolished Yarra Street pier. Bolts and pins from these posts were used to make door furniture. There were many of unique features to this house which made it both challenging and rewarding to build. 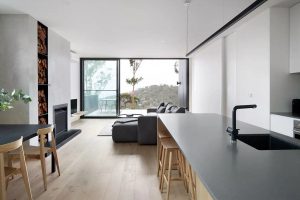 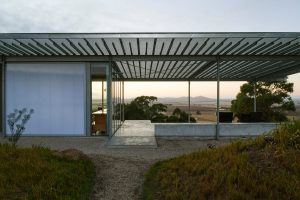 Shack in the Rocks 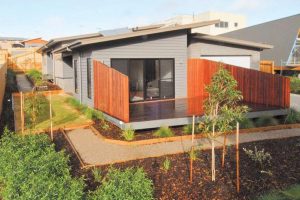 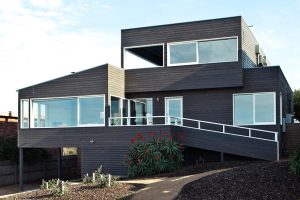